Tasowheel is a family-owned Finnish company with a strong, versatile experience in providing customer-specific, first-class solutions and components for diverse power and movement transmission needs. Close collaboration and long-term cooperation with our global customers are key components in our business. We understand our customers’ needs and goals and provide solutions that deliver real value. By constantly investing both in people and in latest machine technology at our own plants in Tampere and Tikkakoski, we can provide our customers with the best solutions and service.
TASOWHEEL GROUP OY

Since establishment in 1979 Tasowheel has made an eventful journey. The company that started as a locally operating gear wheel manufacturer has grown to become a growth-oriented, internationally operating multi-industry group. One thing has remained the same over the years, namely family ownership.

Family business After careful and long consideration and encouraged by his wife Seija, Taisto Sorjonen set up a gear manufacturing company. Today Taisto´s son Kari is heading Tasowheel, and the third generation is already working hands on in the company and learning the business.

The need and will for growth The different stages on Tasowheel´s journey have been marked by diverse economic cycles. Since the very early days of operation, the company has been heading toward growth through expansion, acquisitions and new businesses, as well as extending activities from the domestic market towards more international environments. Today, Tasowheel´s focus still remains on further growth at the home base and abroad. 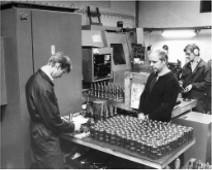 The movement is forward

Interest regarding new opportunities as well as strong commitment to developing the company  opens new business areas and possibilities. Future challenges and opportunities require new types of solutions and choice. The emphasis of Tasowheel’s operations will stay on servicing clients efficiently. The company is committed to searching for ways that help customers meet the market demand competitively, today and also in the future. This creates potential for profitable business for all parties involved. Today, Tasowheel designs and manufactures systems, components and services for the needs of companies operating in the process and machine building industry as well as health tehcnology. The company supports its customer through a wide range of services related to product development, testing, simulation, measuring and logistics.

Tasowheel Group Oy consists of three manufacturing companies, which have two production plants in Tampere and one in Tikkakoski. The total size of the production facilities is 10300 m².

All Tasowheel companies act globally aiming at sustainable growth. Tasowheel Group has invested heavily in advanced machinery, production technology and equipment to support strong growth and high productivity targets. The annual investment in new machinery  is approximately 10% of the turnover. 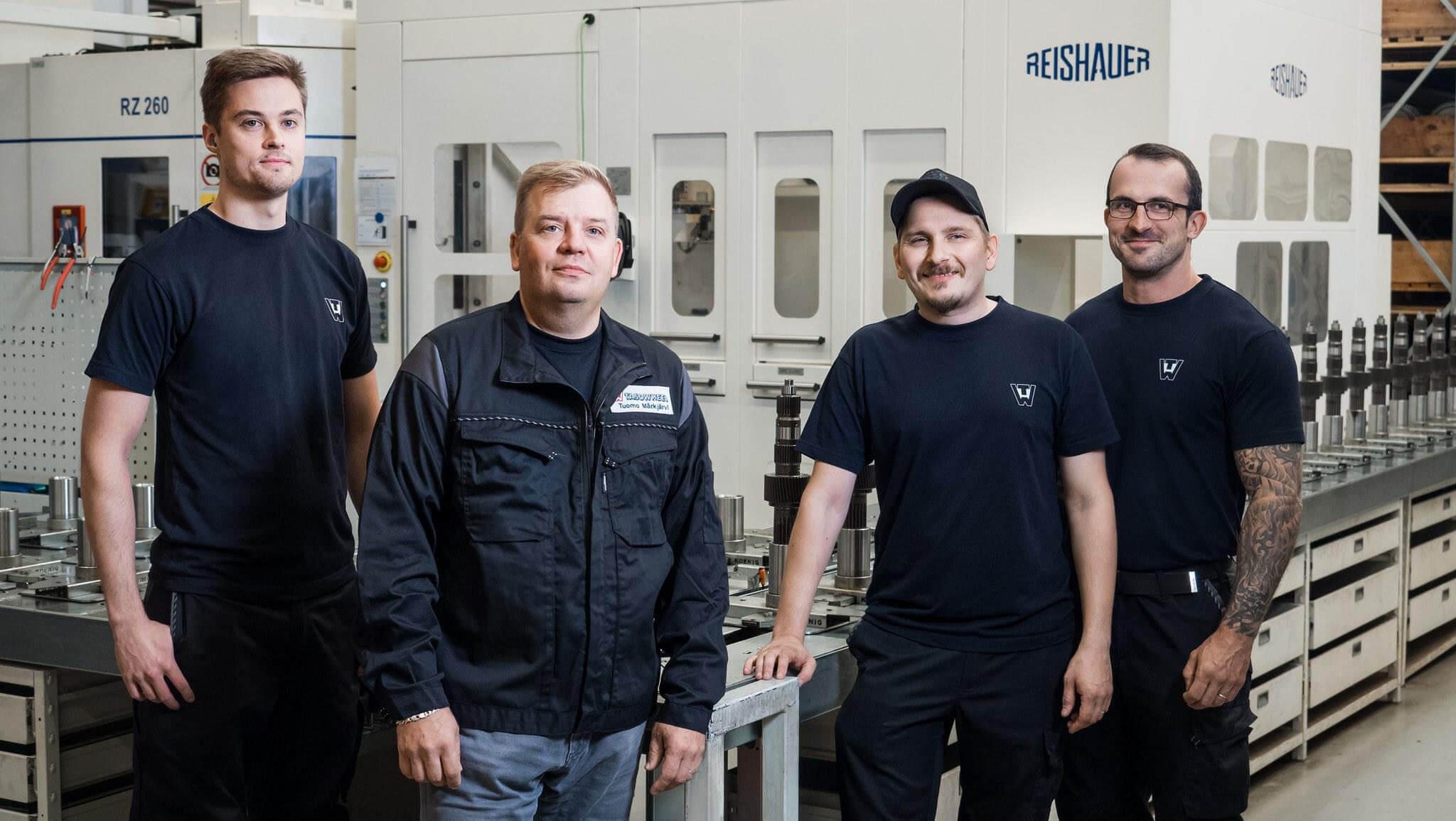 Despite the latest technology and modern manufacturing facilites, skilled employees are still the key to our success. We have highly qualified and experienced employees, who come from a wide variety of educational and cultural backgrounds, making it possible for our team to tackle complex challenges and to exceed the expectations of our international clients. Our human resources policies and practices are based on courage and collaboration. We operate with the highest level of ethics and integrity in all aspects of our business.

Our mission and values

Our customers are globally operating companies in various industries. We aim to build long-lasting partnerships with them and have succeeded in that goal. We support our customers with solutions and services made by professionals, for professionals. By committing ourselves to the continuous development of our operations and the search for new application areas for our products we help our customers find business opportunities and gain a better competitive advantage. By investing in cutting-edge technology, we give our customers possibilities to answer future challenges – be it better efficiency, more compact product size or lower energy consumption. 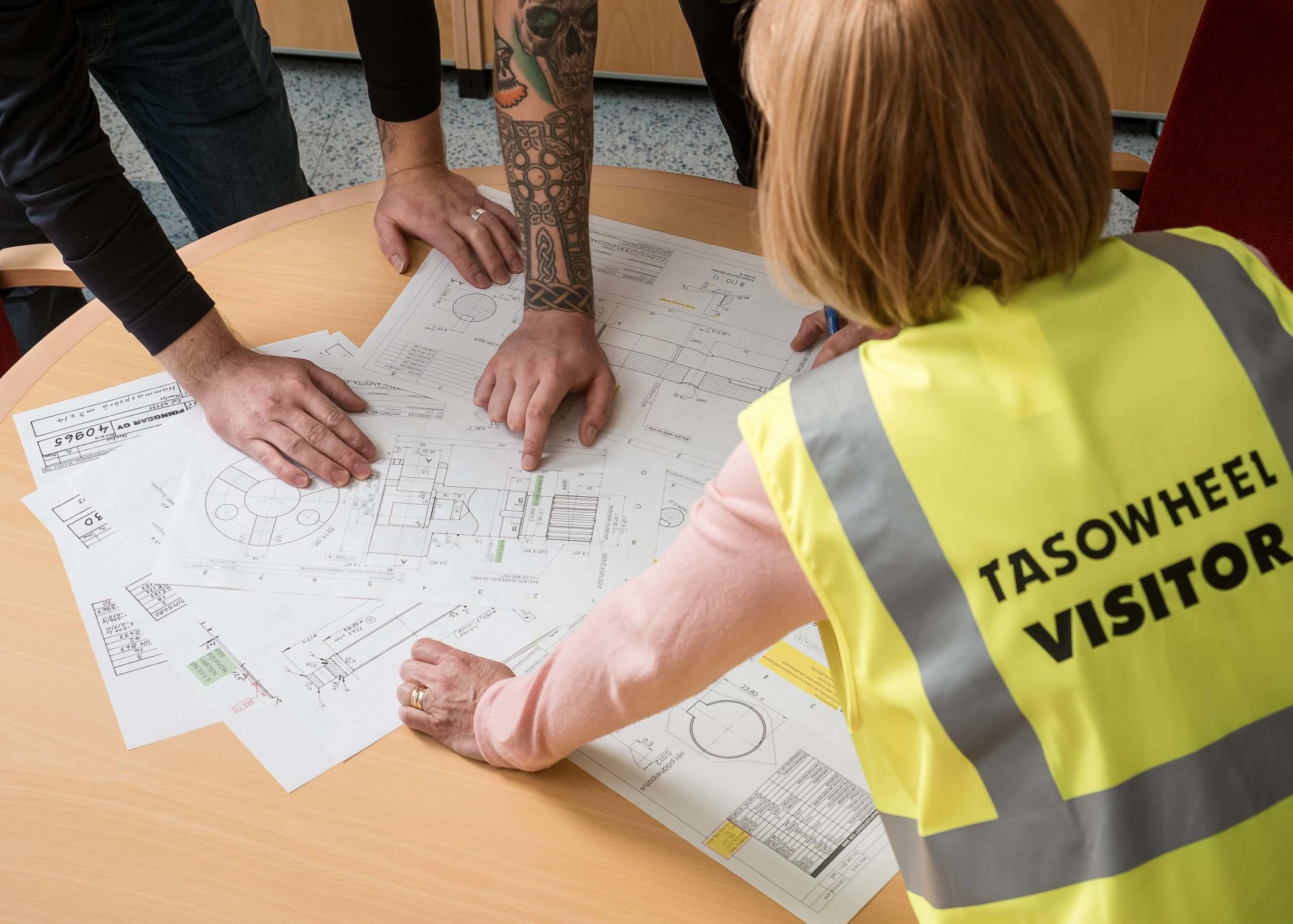 Customer orientation We understand our customer needs and we serve them actively and personally. A quick and flexible way to work is our competitive edge.

Success together We respect each other, value good attitude and professional skills. By co-operation we ensure mutual success.

Learning and regeneration We want to learn continuously and update our know-how. We encourage the systematic development of operations.

Continuity and profitability Confidential relationships create the foundation for a long and fruitful co-operation and partnership.

The goal for all Tasowheel operations is a satisfied customer. We serve our customers in a professional and reliable manner, meeting their various needs with both finished products and comprehensive planning. All this is done in close collaboration with them. The result is competitive products and services that fulfil customers’ expectations with regard to both quality and timetables. To ensure top-notch service, we continuously track customer-satisfaction levels. We build and maintain well-functioning relationships with stakeholders. Furthermore, we strive for a future of long-term trusting relationships with our interest groups. We aim for cost-effectiveness in all of our operations. Our supply chains and processes are subject to constant assessment and continuous improvement. Staff competencies are ensured and advanced via various forms of training. The quality of our processes is ensured by operations in accordance with the ISO 9001:2015 and ISO 14001:2015 standards. Each employee is responsible for ensuring full compliance with quality standards in his or her work. 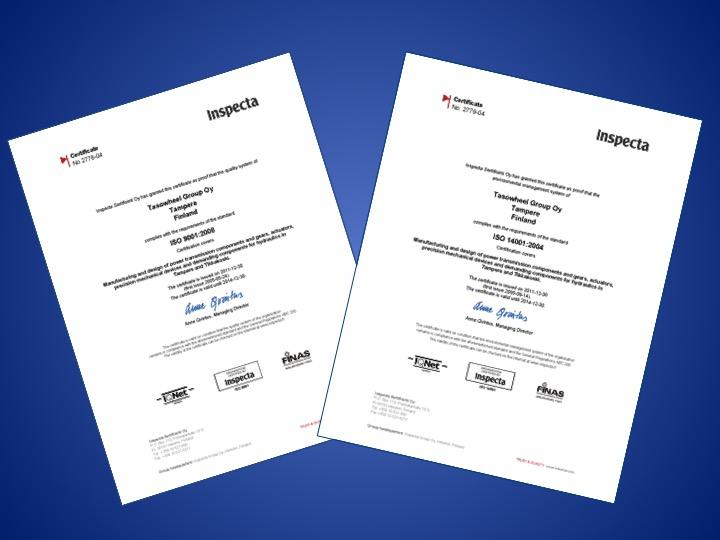 Sustainability is at the centre of all our thoughts and actions. All Tasowheel companies take responsibility for the environment and are aware of the environmental impact of their actions. In our business activities, we will comply with the environmental legislation and all other applicable regulations, and act in an ethical, sustainable and socially responsible manner. We continuously develop environment-consciousness in our operations by taking into consideration not just the requirements of environmental legislation but also customer expectations, the surrounding area, and the entire society in which we operate. Through environmental thinking in everything from raw materials to finished products, purchases, energy consumption, reuse and waste management, we are working to help make our industry greener. At Tasowheel, we raise awareness of the environmental issues amongst our employees and encourage them to take the environment into account in our daily work. We employ competent and environmentally responsible people, all of whom are individually responsible for nature around them and the cleanliness of the work environment. The Tasowheel companies reduce adverse environmental impacts by following the principles of prevention and continuous improvement. In the event of possible incidents, any negative effects on the environment are kept to a minimum. All subsidiary companies have approved emergency plans in place that will be applied if any potential environmental incidents occur. By acting with environmental awareness, we can reduce consumption whenever it is not necessary for providing high-quality products to the customer. Tasowheel Group Oy and its subsidiaries strive to prevent excessive use of energy and to reduce the waste generated. Our reuse, waste‑sorting, and recycling are always being monitored and enhanced. The management of the Tasowheel Group companies monitors the implementation of all measures related to environmental management, ensuring that they are carried out efficiently and in line with the common environmental policy. 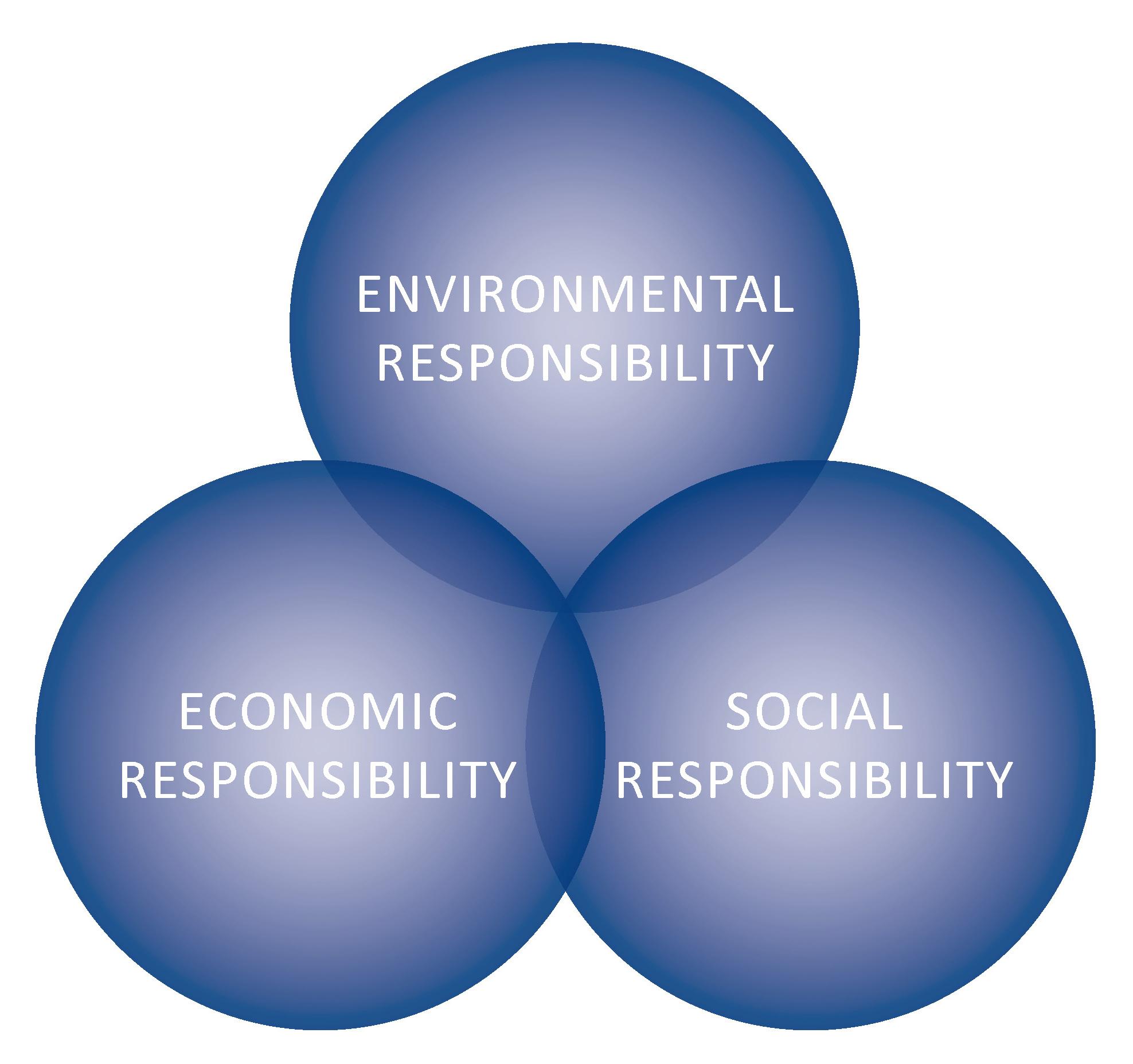 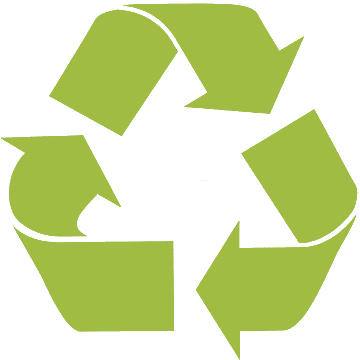 At Tasowheel, safety is not negotiable but our top priority. All our people have the right to work free from the risk of accidents and injuries. We recognize the crucial role of a strong policy and accountable management in ensuring a safe work environment. We have taken ambitious steps to ensure that safety is an integral part of our processes and guides our everyday actions. Our safety processes are well documented, communicated and regularly updated. Yet, our safety mission is underpinned by empowering everyone to create a culture of safety. All employees are committed to achieving safety in the workplace: they are aware of potential risks and trained to work with safety in mind, looking out for each other.” 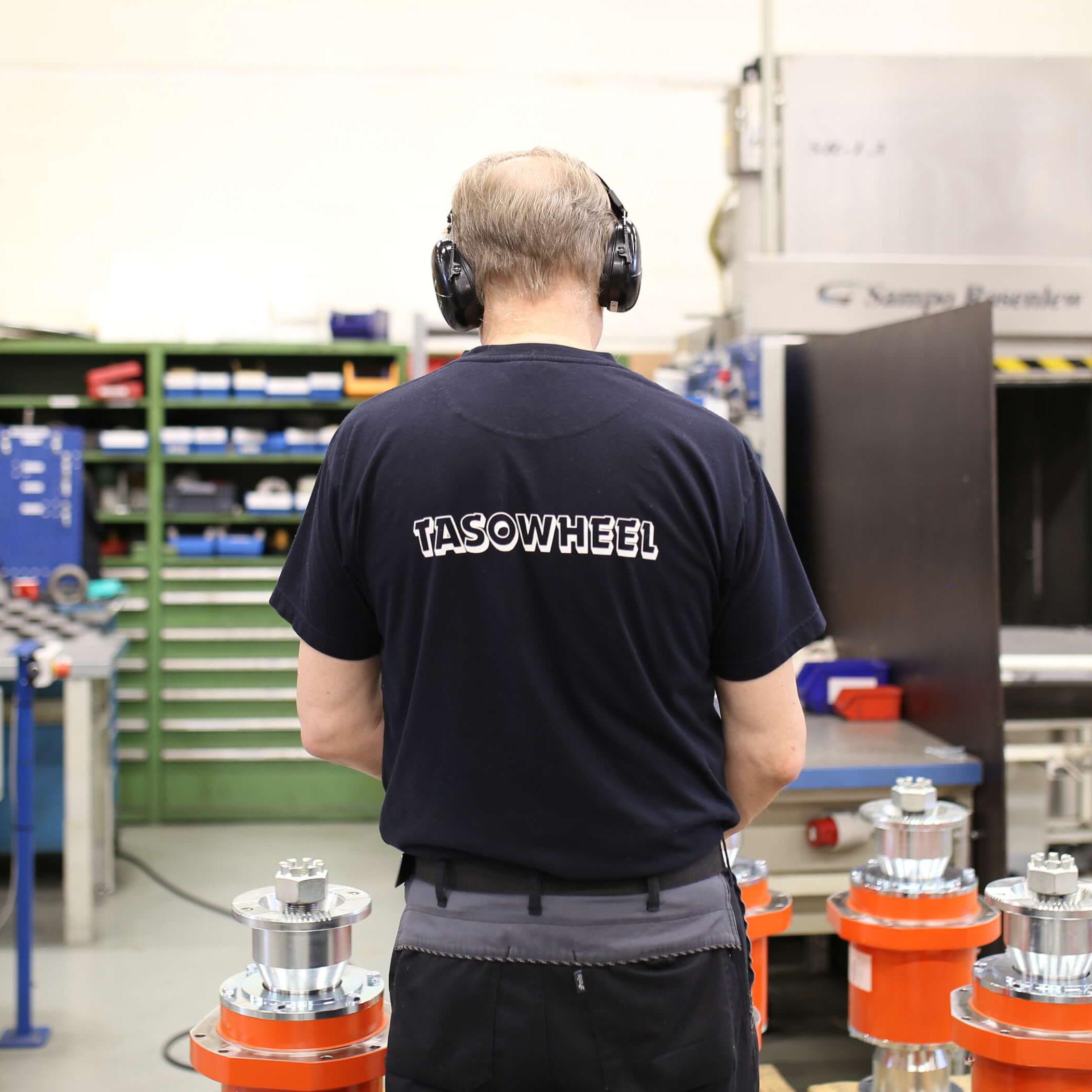 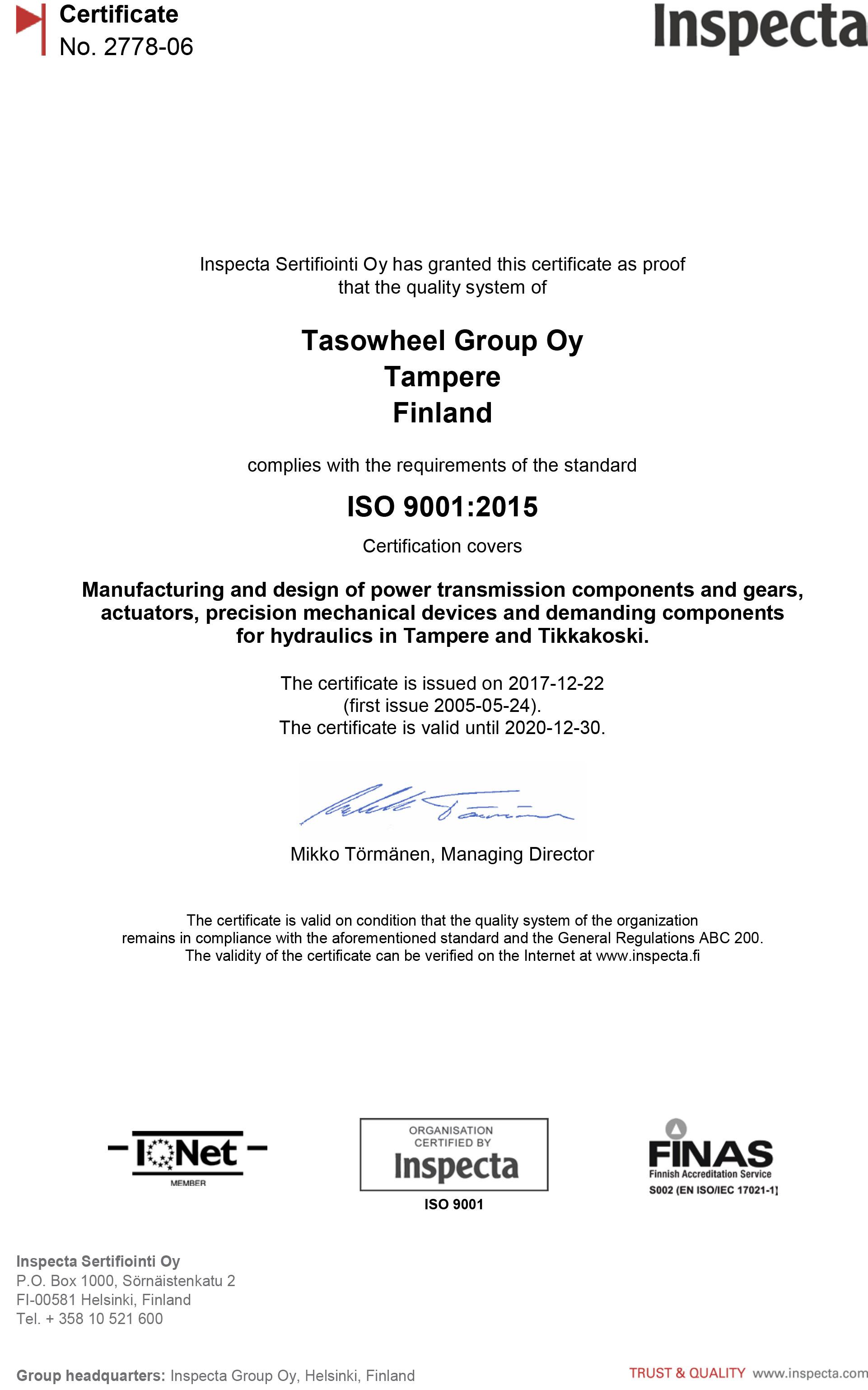 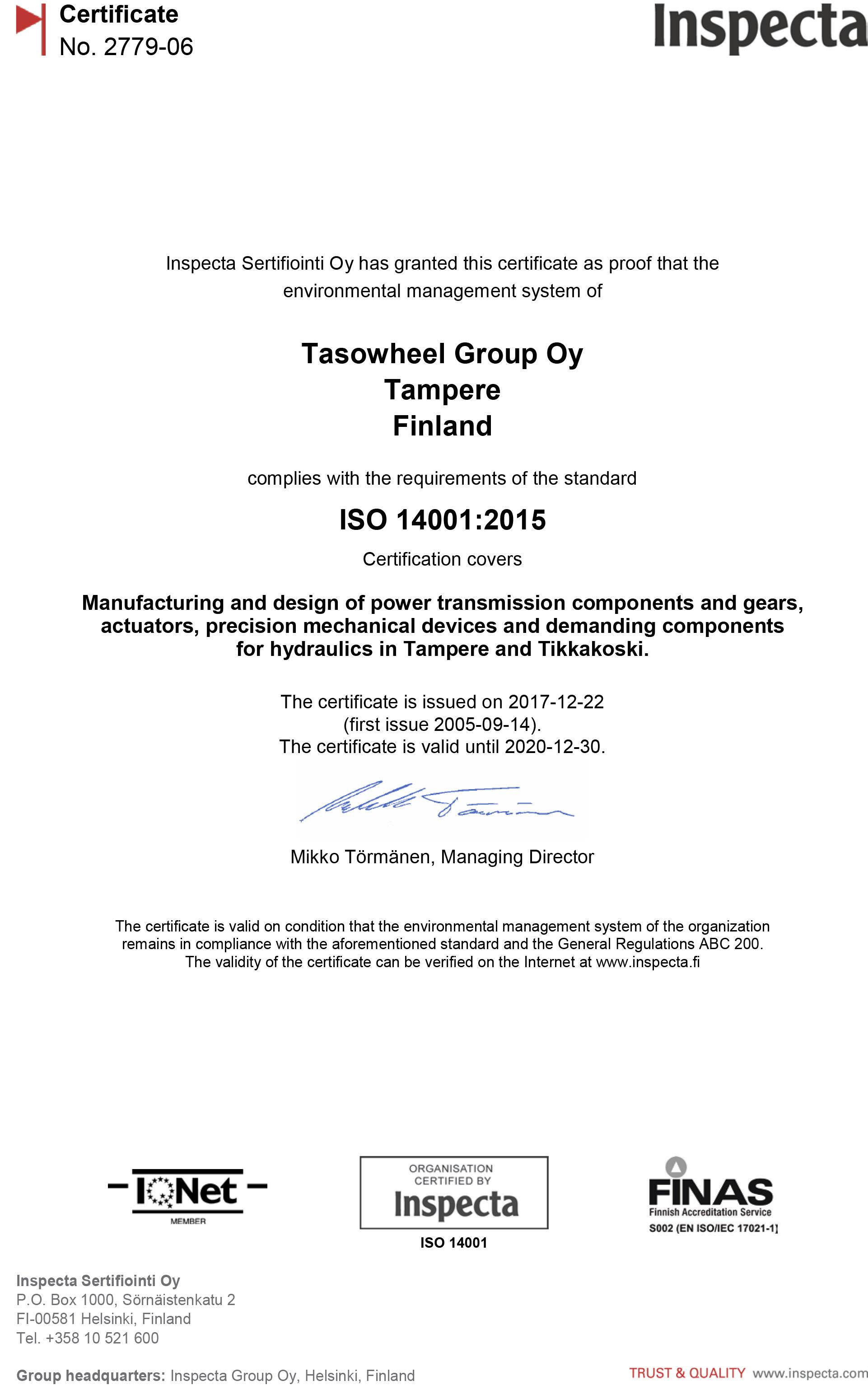 ”This prize truly raises us to a prestigious list of winners,” said Mr Kari Sorjonen, Chairman of the Board, Tasowheel Group. ”We are clearly on the right path with our export-focused strategy, and we are constantly taking big strides forward. This prize belongs to all of our 120 employees.” 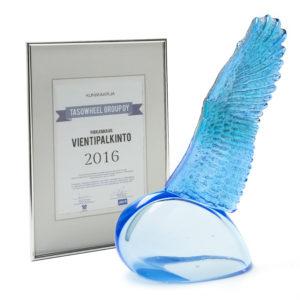 Quality Control in our hand 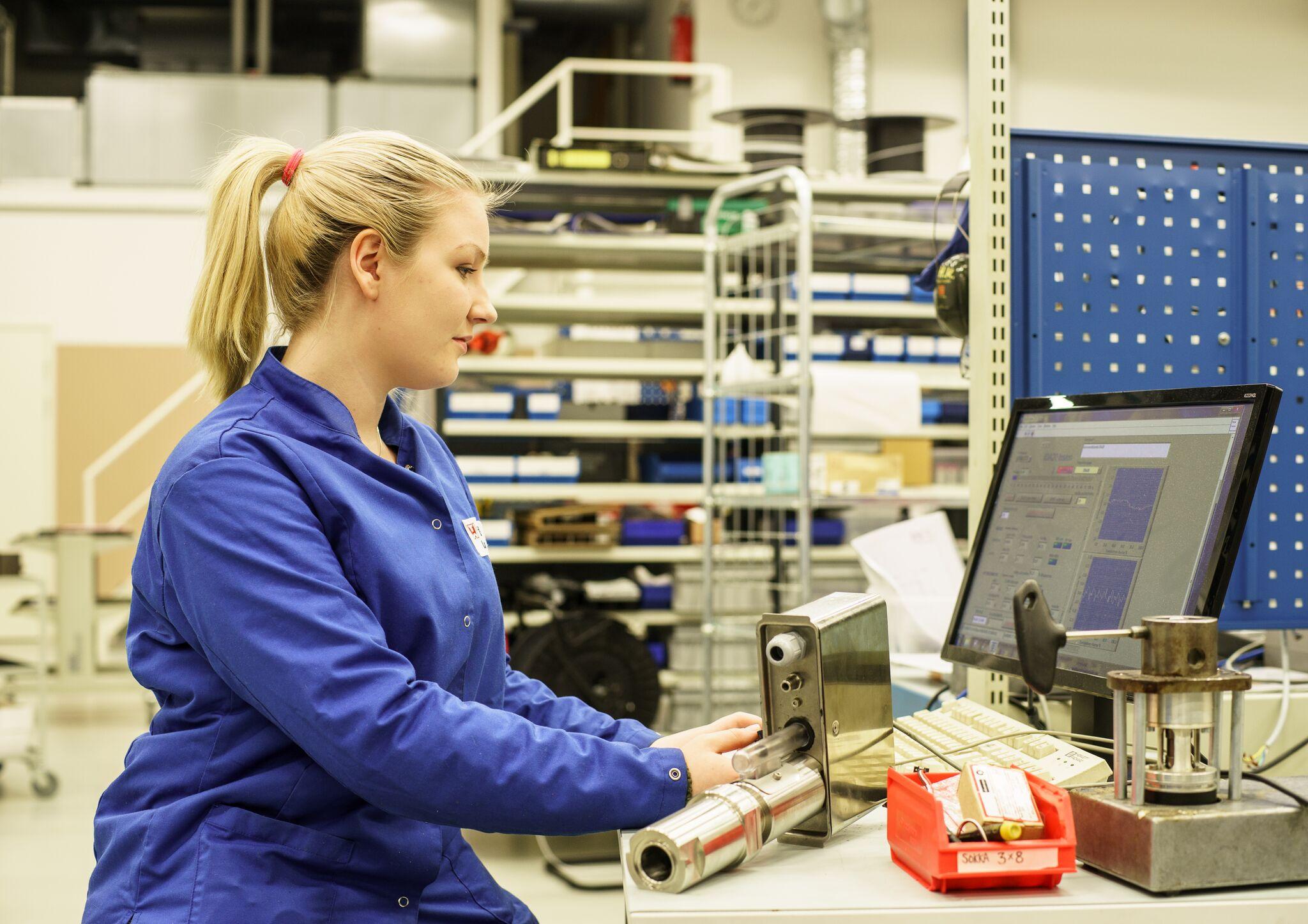 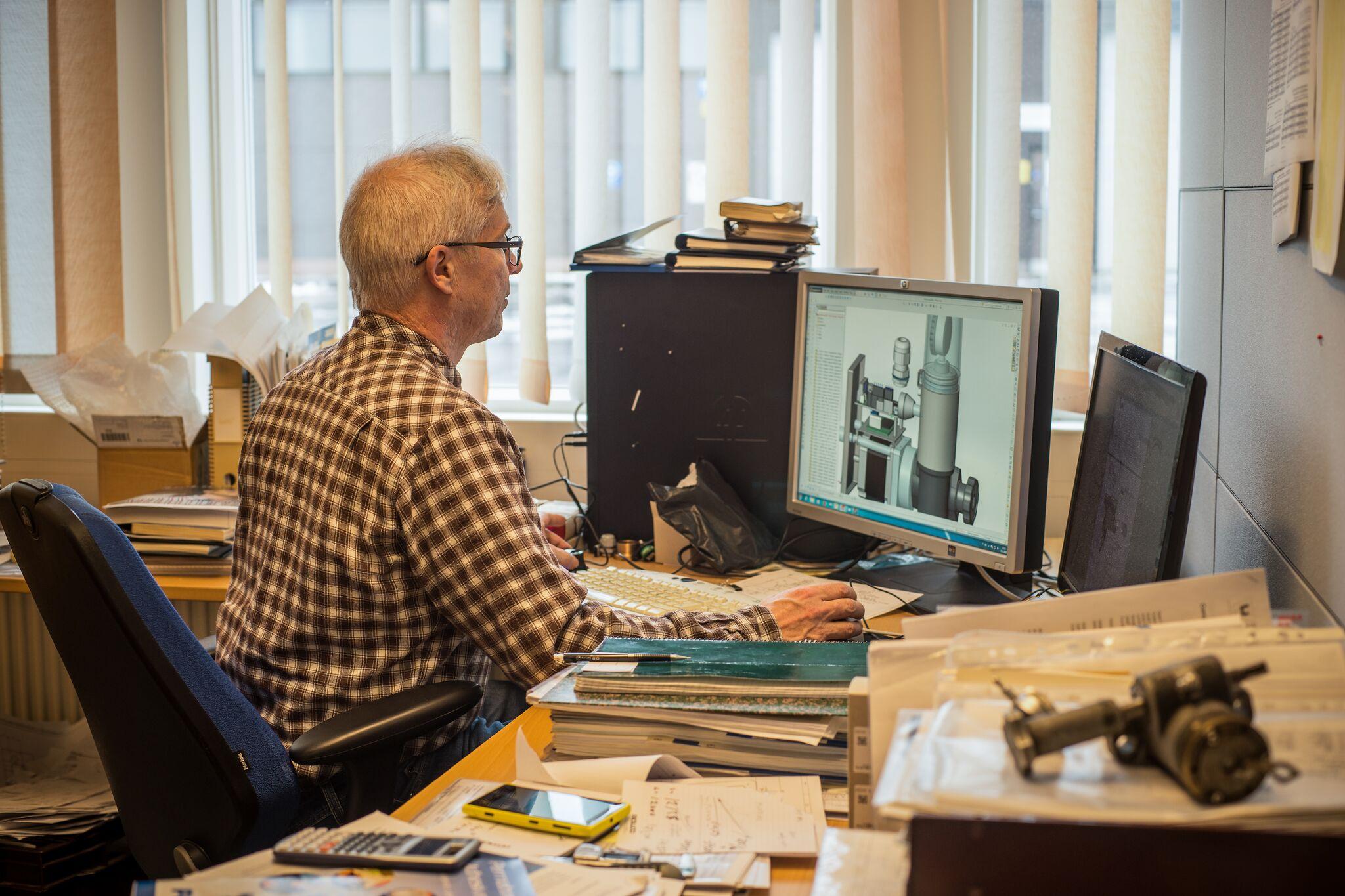 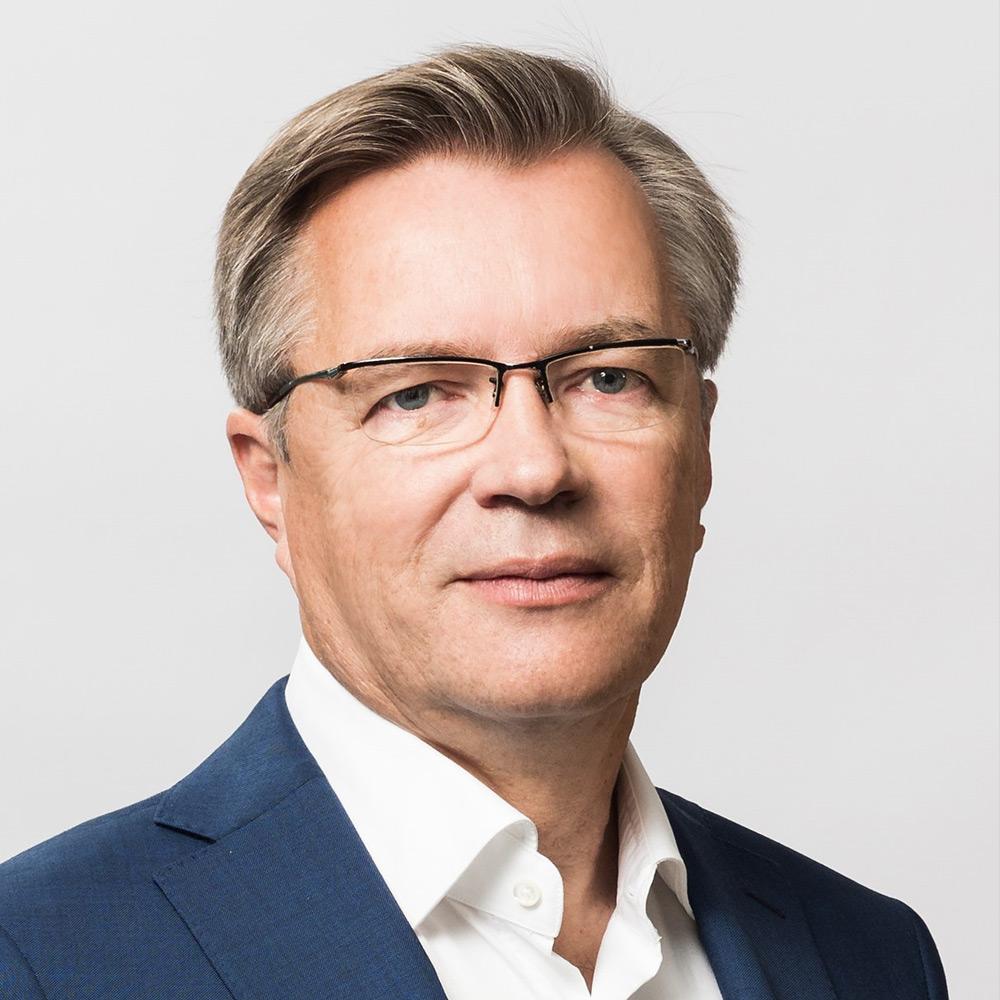 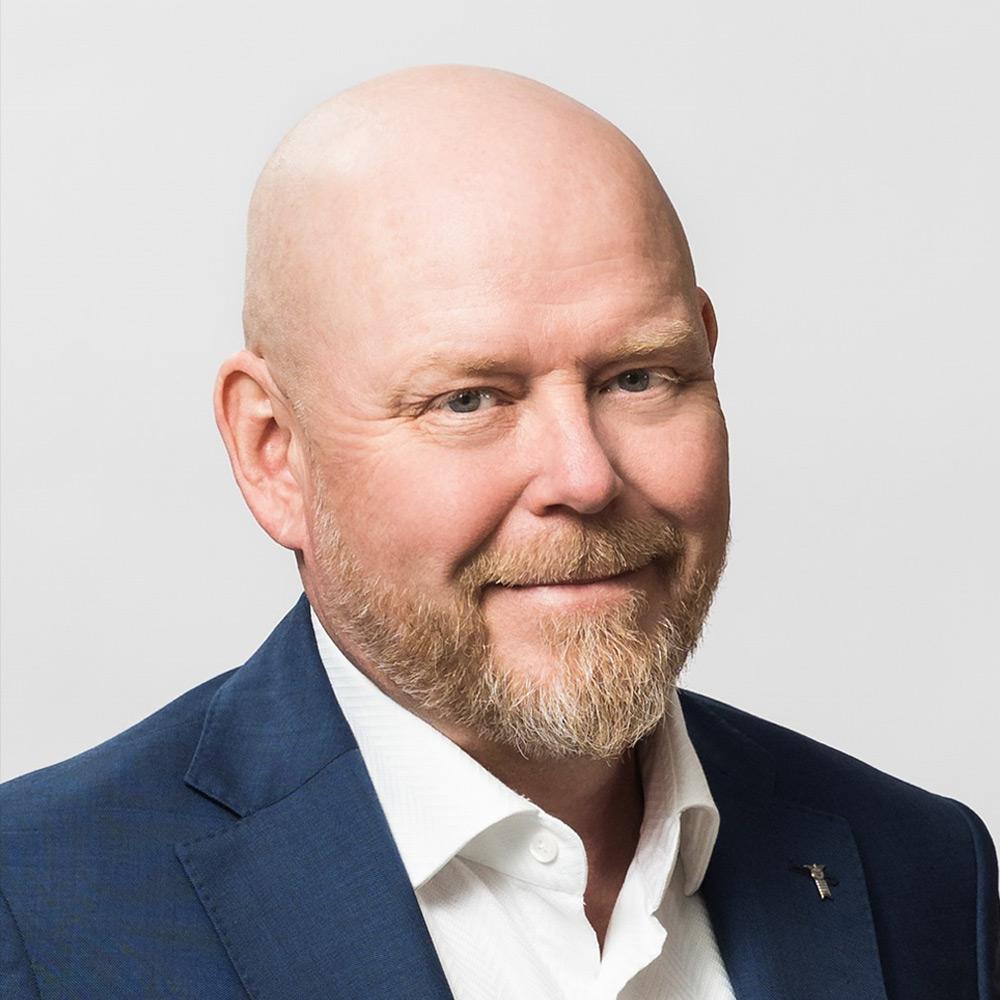 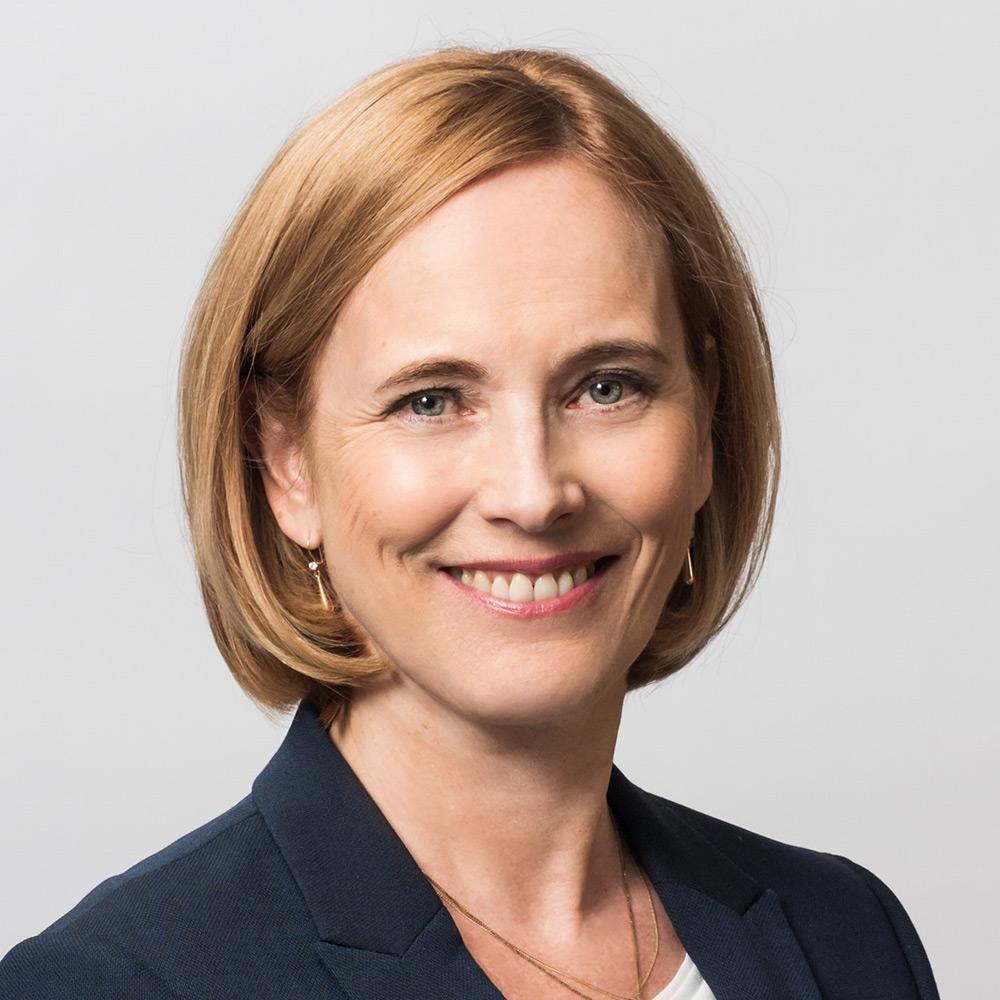 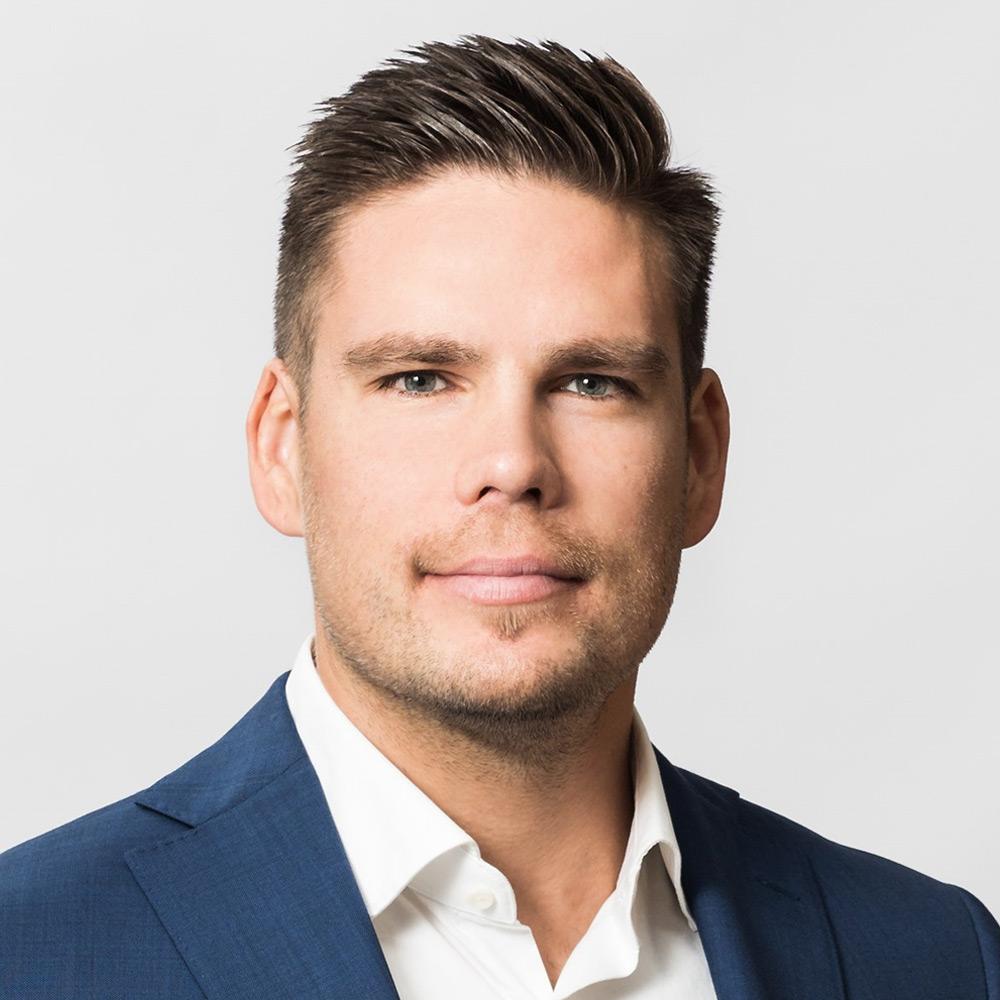 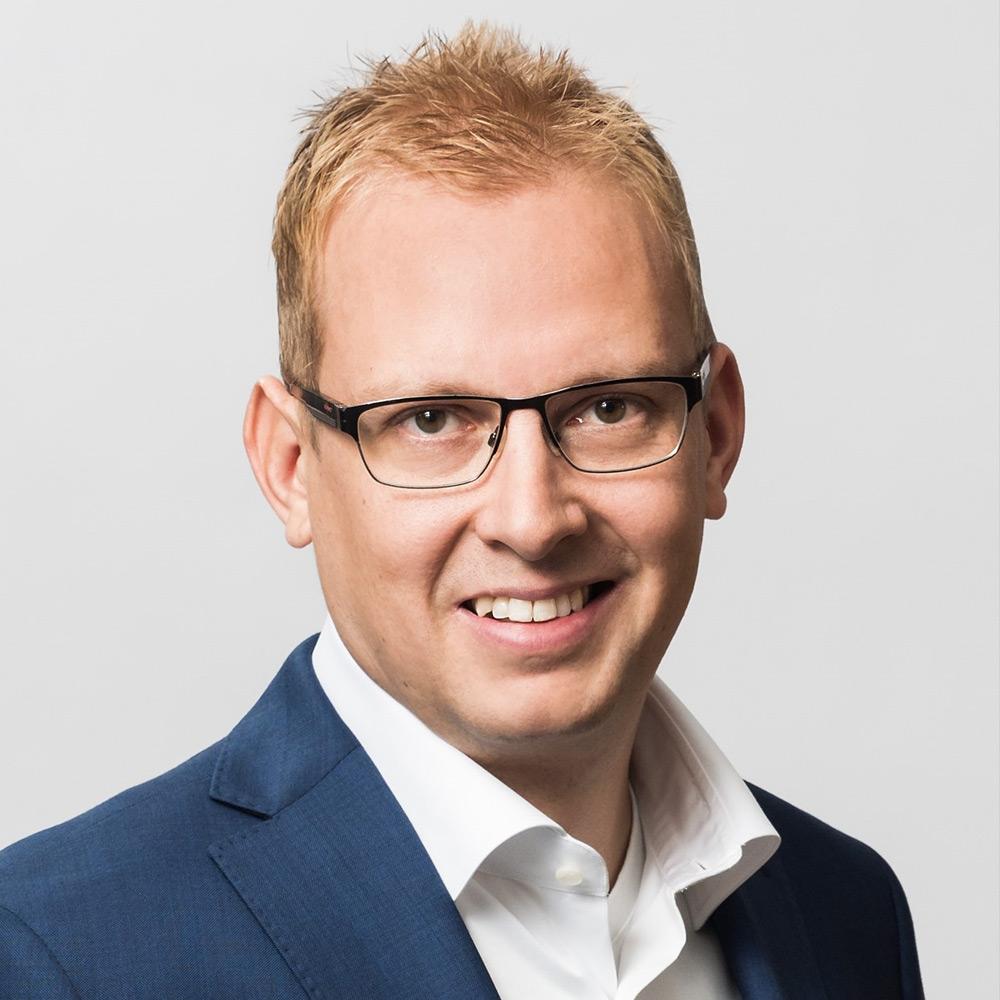 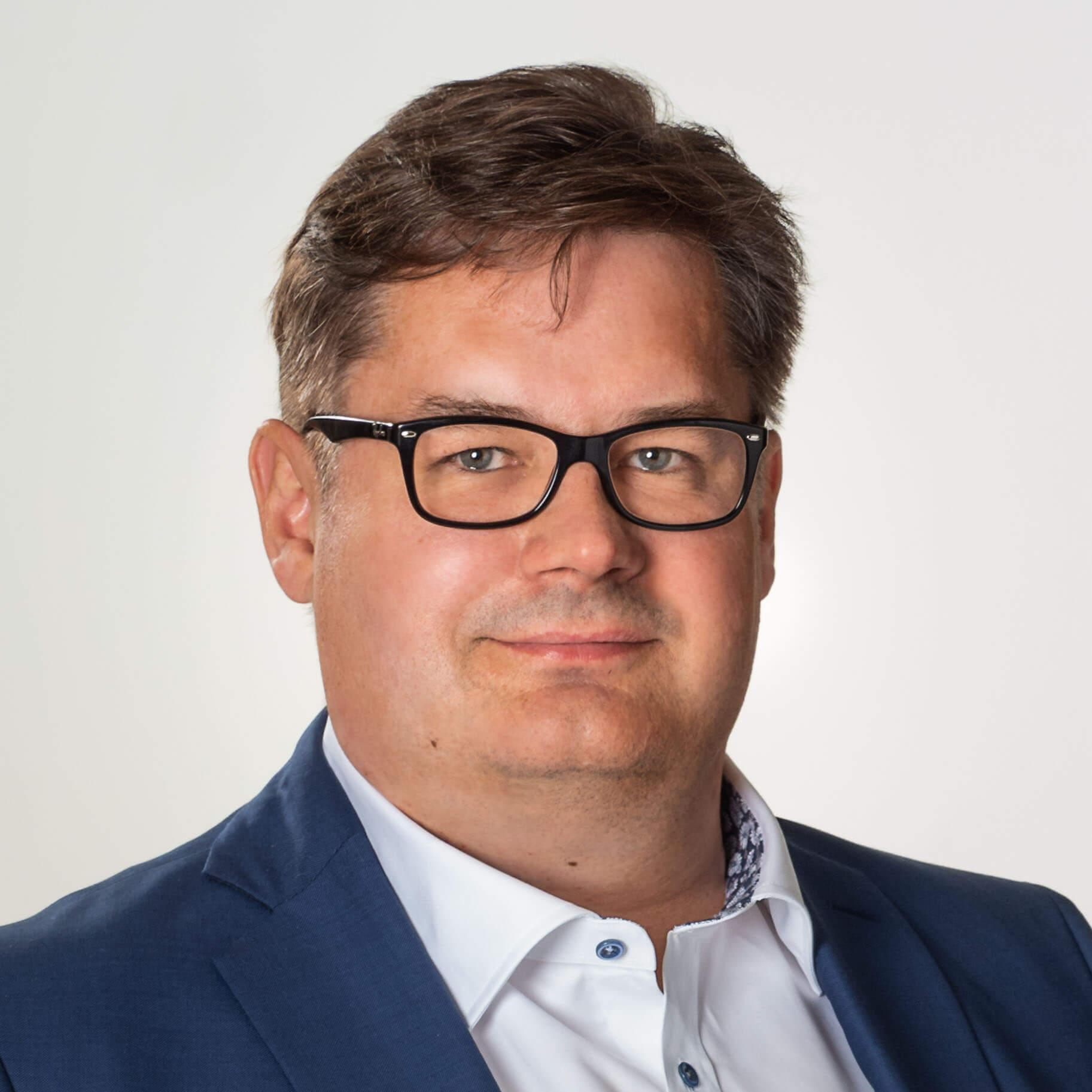