In our new blog series, our employees around the company reveal a little bit about their roles, expertise, and what they think about working at Tasowheel. Check out their posts to find out the definitive moments that shaped their professional life and to learn what a typical workday at Tasowheel looks like.

Financial manager Kirsi Ahonen leads a dream team and loves to see behind the numbers.

“When I first came to Tasowheel, I had no long-term plans. I had spotted an interesting job announcement calling for the skills I had and offering the tasks I desired. Though as I walked in for the job interview, I immediately felt at home in the warm and welcoming atmosphere. First, Kari Sorjonen came and asked me to wait. Then I was introduced to Taisto Sorjonen who asked me to wait some more. Finally, Seija Sorjonen arrived, and made me think how many more Sorjonen people there were to come!

After the job interview, I went home with mixed feelings. Everything had seemed right, but on my way out I saw the next candidate in her fine business outfit. I wondered if I had any chances in my simple jersey. The next day, Kari Sorjonen called me. They had chosen the jersey girl.

Onboarding was easy. I already knew the procedures and was able to bring in some new ways to utilize the financing programs. Later, as my contract as a maternity leave substitute was getting close to the end, I tactfully inquired how the future might look like. “Why are you asking? It is obvious that you stay with us”, Kari Sorjonen said. So I stayed.

Looking back now, I see how simple it was in a small company. I soon adapted my colleague Susanna’s attitude and wanted to know at least something about everything. You could ask us anything about Tasowheel, and we knew it.

That is something I miss: the feeling of knowing it all.

After constant growth, it is no longer possible nor reasonable to have a grip on everything. Nevertheless, you cannot escape the odd feeling that you may have missed something, that you are not fully keeping pace.

I have always felt respected at Tasowheel, from day one. I have been allowed to develop things, I have been trusted and treated well. Originally, my ideal career path was to stay a maximum of five years with one company. It didn’t quite go that way, but the company evolved all the time. Suddenly, I had ten years behind me, now twenty. It has never felt that long, with all these wonderful people and challenging tasks. I have never lost interest. 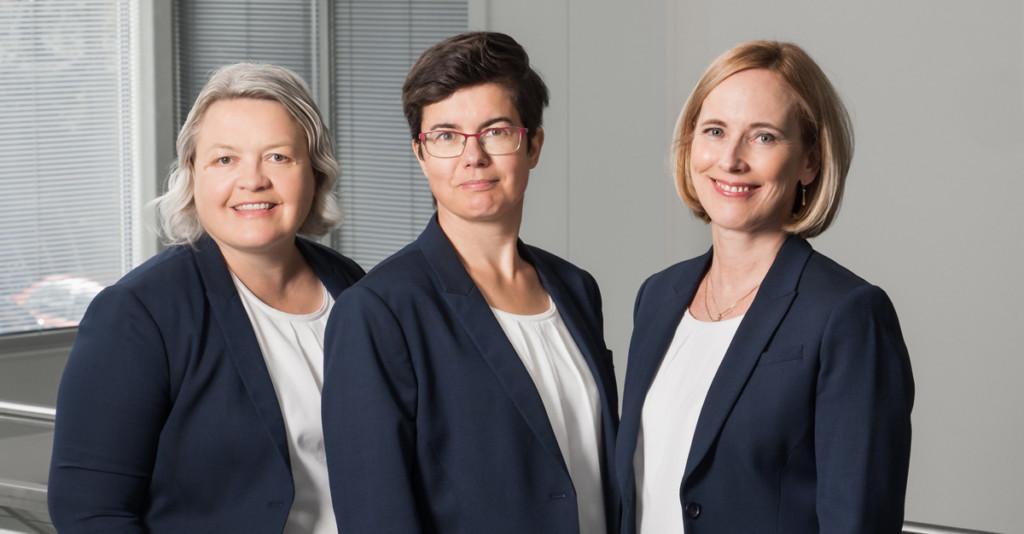 In 2010, Tasowheel became a group of four companies. The change process meant a lot of extra work, as we had to create four distinct companies out of one, to divide the balance sheets and restructure all programs. Today, it is all self-evident and automatic, but back then, the office was far from paperless and we had to print each document in four pieces.

Another major change took place in 2016. We humorously say that we got three new things at a time: our first CEO from outside the family, PowerPoint presentations and the meetings. Things certainly started to happen when Jarmo came in!

Sometimes I feel performance pressure with the constant change and growth. I don’t have a dozen professionals in my team to whom I could delegate the new tasks, but I work hands-on myself.

Yet, although I only have two subordinates, they are worth a dozen.

They never say, “I’m too busy”, but “Just give it to me and I’ll take care of the rest.” I know it is important to lead by example. In our team, that is mutual: my colleagues impress me time after time by showing exemplary commitment and team spirit.

We are responsible for the total financial administration, from invoicing and payrolls to fixed assets, accounts ledger and the financial statements. Our three-woman team takes care of all the companies in Tampere and Tikkakoski, though with a slight emphasis on who knows which the best. We are a small team having high hopes for the automation and digitalization of business administration making the processes more efficient. In 2019, we switched to e-invoicing after a long project with trials, errors, and restarts. Now it is working well, but I’m already dreaming of having time to develop things. You cannot do that in the middle of everyday tasks. Chasing deadlines tends to kill creativity.

Learning new things inspires me the most.

Luckily, I still have time to widen my perspectives and study. I am excited about managerial accounting and themes, such as investment paybacks, machine hour rates, and budgeting. It is fascinating to see behind the numbers, to understand why things have developed in a certain way.

There are still times when I miss Taisto, our founder. He was such a charming advocate of common sense; he did not make any sudden moves but took things the way they appeared. Sometimes I can almost hear him saying: “Stop having all those meetings, just get to work!”